Love For All My Haters, Deniers, and Naysayers

Recent tweets by Stanford Law Professor and Amber Heard supporter, Michele Dauber, have viciously attacked Johnny Depp’s attorney Camille Vasquez. Dauber accuses Camille Vasquez of sucking up to powerful men and being the worst kind of female lawyer. The tweets have been rightfully met with backlash.

Stanford Law professor mocks ‘desperate’ Depp lawyer Camille Vasquez in scathing tweets
“Of all the women who suck up to male power, women lawyers are the absolute worst of the bunch,” Michele Dauber wrote. “Desperate to prove they are ‘real lawyers.’”
Read More
nypost.com

We must have evolved or else realized that the narrative for the last decade with #MeToo and its predecessor the “Survivor Movement” needs auditing.

In June 2016 Amber Heard was a victim of Domestic Violence according to TMZ and People Magazine. Brock Turner was the face of a campus rapist. Emily Doe was an international sensation.

“I see you” said Joe Biden to “Emily Doe”. Congresswoman Ann Kuster announced to Congress “We are all Emily Doe”. (Kuster had once been a lobbyist for Rohypnol, the date rape drug.)

Vice President Biden pens open letter to Stanford rape survivor: ‘I will never forget you’
A longtime advocate for women, Vice President Joe Biden has spoken out in words and actions against the violence against women. After reading the powerful statement by the rape survivor referred to as “Emily Doe,” Biden decided to write an open letter…
Read More
www.dailykos.com
DRUGLOBBYING-CM-102512
Read More
www.concordmonitor.com

Amber Heard accompanied Professor Michele Dauber to the 2016 Glamour Awards where “Emily Doe” was honored as “Woman of the Year”. Dauber accepted the award, being a family friend of the real Emily Doe, Brock Turner’s alleged victim of what the media and politicians had portrayed as a brutal rape. Dauber was also friends with the editor of Glamour Magazine.

Amber Heard endorsed the “Enough Voter Movement” started by Michele Dauber in 2018 and a cover article in Glamour “Amber Heard is Nobody’s Victim” depicts her clutching a copy of “White Fragility”. Heard credits Michele Dauber for the #MeToo movement and explains that she is amplifying Michele Dauber’s voice. Dauber had called the “Emily Doe” victim impact statement “The #MeToo Manifesto”. 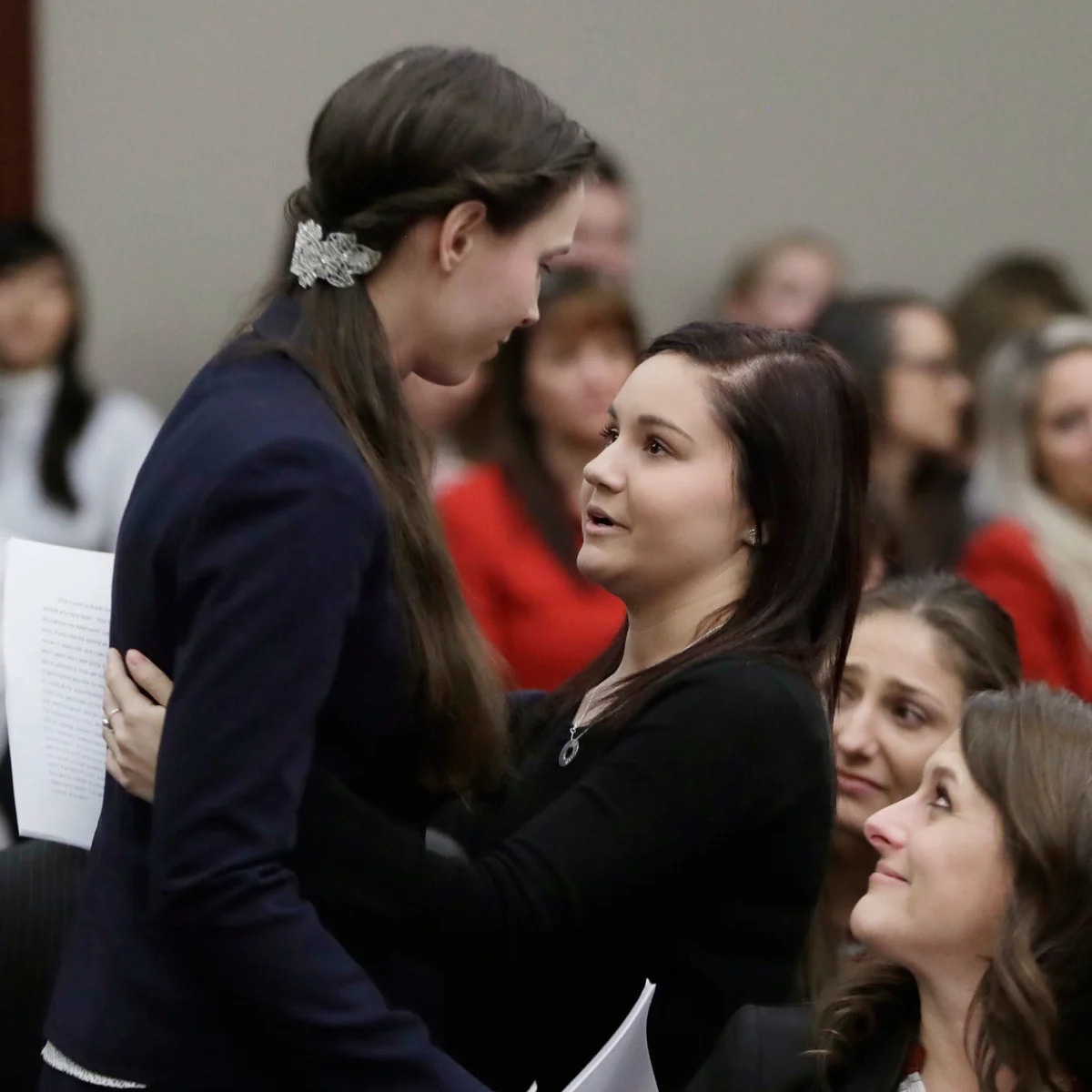 What the #MeToo Movement Can Learn From the Women Who Put Larry Nassar Away
We can’t wait until allegations become spectacular to care about them
Read More
www.yahoo.com

But a 2019 Freedom of Information Act request from a local journalist in Santa Clara County, California yielded a trove of emails between Michele Dauber and DA Jeff Rosen’s office. Curiously, the Emily Doe letter appears to have been written by Michele Dauber herself. In fact, if you read articles about it, you will find a number of them are careful to state that the letter was read by the alleged victim, Chanel Miler, as opposed to written by her. Elsewhere you discover that Mike Armstrong, Brock Turner’s defense attorney, failed to tell his client that he had previously represented Michele Dauber and/or her family members at least twice before and had been speaking at one of Michele Dauber’s classes while simultaneously defending Turner, surely a blatant conflict of interests that should have caused him to be disbarred. 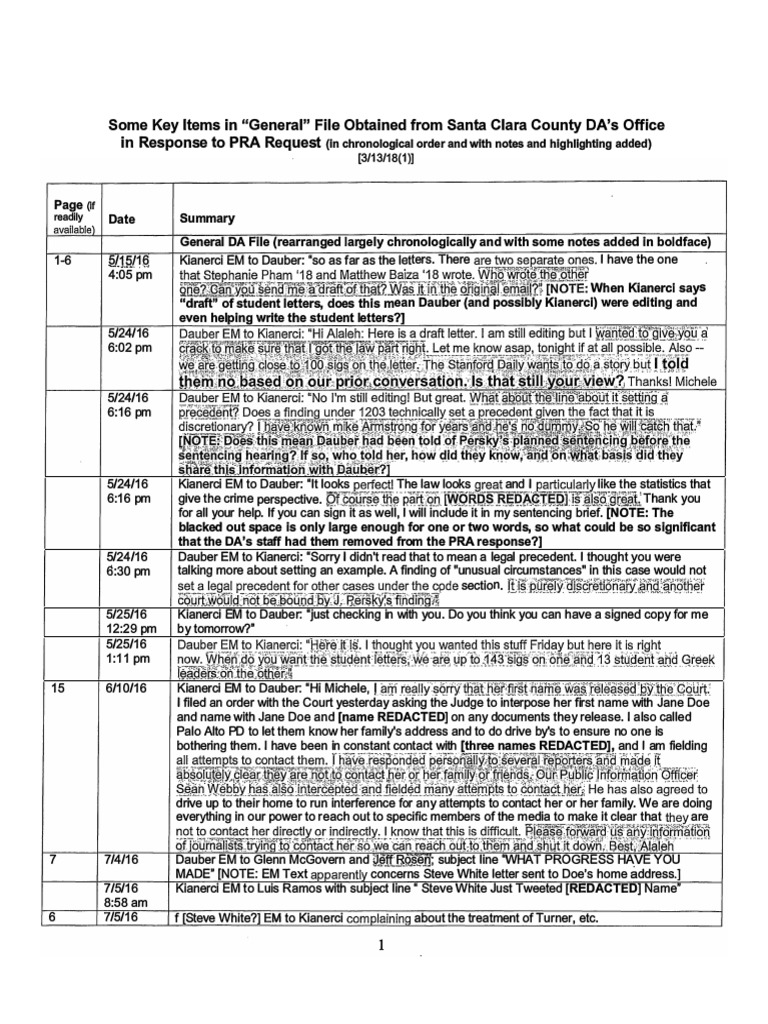 Summary of 2015-2018 Emails Between Stanford Law Professor Michele Dauber and The Santa Clara County DA’s Office | PDF | Sexual Violence | Coercion
As early as 2015 Stanford Law Professor Michele Dauber began communicating with the Santa Clara County DA’s office during the prosecution os Stanford University student-athlete Brock Turner and the related recall of Judge Aaron Persky based on what many in the #metoo movement believed to be light se…
Read More
www.scribd.com

When Amber Heard stated under oath in Virginia just a few weeks ago she claimed to have been raped by Johnny Depp. Pinned down on a table, raped with a glass bottle, shards of glass all around. The story is reminiscent of “Jackie’s” gang rape in “A Rape on Campus”, the story published and retracted in Rolling Stone in November 2014. “Jackie” didn’t exist and the story was fabricated. Rolling Stone was sued and Exhibit 15b of the Eramo v Rolling Stone lawsuit reveals that Michele Dauber’s former partner on a non-profit, Catherine Lhamon was involved behind the scenes. Also involved was Laura L Dunn who had worked with Michele Dauber on the unregulated “Dear Colleague” Title IX federal directive signed by Michele Dauber’s other friend Russlynn Ali in 2011.

Between 2009 and 2012, Michele Dauber’s husband, Ken, was paid $26,000 in consulting fees by the Department of Education under Russlynn Ali’s tenure as Secretary for the Office of Civil Rights. It’s unknown precisely what he did but Ken’s background was as an early employee for Google and Netflix.

OCR emails prove Dauber triggered investigation, undermining transparency
[dropcap]I[/dropcap]f a parent catches his or her child performing illicit acts, the typical reaction would never be to dial 911. Instead, the issue would be resolved within the family. The same can be said for concerns expressed by those affiliated with Palo Alto Unified School District (PAUSD) wit…
Read More
thecampanile.org

Whistleblowers at Google, Facebook, Yahoo and Twitter cited the Daubers for experimenting with social media in 2016 – the year that Amber Heard became a victim of domestic violence and Emily Doe became Woman of the Year and caused Joe Biden to say “I see you.” Michele Dauber used social media to call for extreme violence against Brock Turner when he appealed his conviction. Anarchists with AR15s showed up at his door threatening his life. Judge Aaron Persky, target of Michele Dauber’s successful recall campaign, also had his life threatened. Elsewhere it was suggested that Dauber, a Dem Caucus rep, should head the California Democratic Party. She told the New York Times that she’d helped change California’s minimum sentencing for sexual assault following the Brock Turner trial – for the Democratic Party.

Stanford sexual assault survivor named Glamour ‘Woman of the Year’
The designation was accompanied by an essay from “Emily Doe,” recalling what life has been like since BuzzFeed News published her victim’s impact statement and Joe Biden wrote her a letter.
Read More
www.washingtonpost.com

Stanford Sexual Assault Case Judge’s Family Threatened
The judge under fire for the lenient sentence issued to a former Stanford swimmer convicted of sexual assault has also received a torrent of threatening calls at the courthouse.
Read More
www.cbsnews.com

When Tara Reade accused Joe Biden of digital penetration in March 2020 – the very same crime that Brock Turner was convicted of – Michele Dauber took to Twitter and called the end of #MeToo. She begged the Democratic Party to get Joe Biden to stand down and avoid “Watergate 2”.

When Roberta Kaplan and Tina Tchen got exposed for their role in helping Andrew Cuomo against his accusers, Michele Dauber tweeted to get them to step down from Times Up/NWLC. The organization severed ties with SKDK, its PR company over conflicts of interest (admitted by Tina Tchen as well). SKDK’s other client Patrice Cullors stepped down from BLM over revelations about how money in the organization had been spent. SKDK also represents Christine Blasey Ford, Vital Voices and L’Oreal for whom Amber Heard is an ambassador.

Time’s Up for SKDK
The National Women’s Law Center, which houses and administers the Time’s Up Legal Defense Fund, has dropped SKDKnickerbocker.
Read More
www.odwyerpr.com

Early reports about the accusations against Brett Kavanaugh included suggestions that Michele Dauber was involved. She denied it.

Michele Dauber was one of the very first people to campaign for ABC Good Morning America to block Amy Robach’s 2019 ABC Good Morning America interview with Owen Labrie from airing. Labrie had preceded Brock Turner as the first high profile campus rape case. He’d been equated to an Isis terrorist and Donald Trump. His accuser, Chessy Prout, had been recruited pretrial by Laura L Dunn, a member of the White House Task Force working with Catherine Lhamon and Michele Dauber. 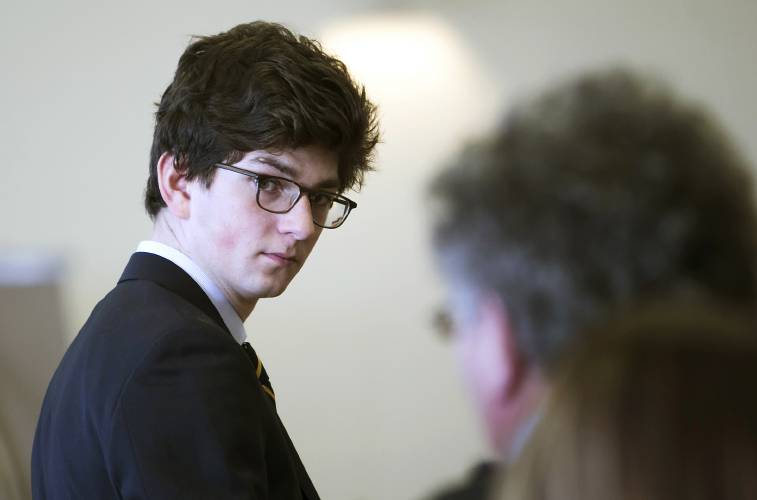 Advocates, survivor’s family call for ABC to cancel interview with Owen Labrie
Victim advocacy organizations in New Hampshire and nationally are calling for ABC’s Good Morning America to cancel its interview with convicted sex offender Owen Labrie, less than a month after his release from jail.The New Hampshire Coalition Against…
Read More
www.concordmonitor.com
Why Is America Finally Ready to Crucify a Rapist?
The world is ready to punish Brock Turner—so why do rape victims still need to rely on extrajudicial justice?
Read More
www.complex.com

EDGEWISE: Owen Labrie, ISIS, and the culture of rape
I want to live in a world where this kind of treatment of women would be unthinkable to any man.
Read More
theberkshireedge.com

Following the jury verdict in Johnny Depp v Amber Heard, Michele Dauber’s vitriol has reached a new level. Articles have cropped up in several different publications which, while appearing under other people’s profiles, I believe may have Michele Dauber’s hand in their creation.

I have growing suspicions that Michele Dauber is engaged in an enterprise to deceive the public and rig criminal trials and now Amber Heard’s civil suit appeal, using propaganda to access grants to be used for political campaigns under the guise of fake social justice non-profits.

The lawsuit against Dartmouth College was in mediation when Michele Dauber & others got ABC to cancel airing the interview with Owen Labrie. The same lawyers who filed Doe suits v St Paul’s School for millions following the Labrie trial, filed against Dartmouth. Times UPLDF/NWLC supplied a media grant for the plaintiffs.

#MeToo blitz for Dartmouth: Publicity blitz may not help their case, but it could help their cause
For more than a year after a group of female psychology students organized to file complaints of sexual harassment against three Dartmouth College professors, they remained publicly quiet about their
Read More
www.unionleader.com

NHCADSV appear to have received $2.865 million from the settlement which looks like it may have gone towards Every Voice Matters Coalition (part of It’s On Us) and these bills (Gov. Sununu who signed them is on the Board of Trustees for Dartmouth).

It’s On Us, an SKDK company, campaigned to block the Owen Labrie interview from airing using #Survivorsoverratings. NHCADSV led the social media campaign to get it blocked. They were beneficiaries of the suit. The program contained content which would have exposed corrupt practices of the lawyers and police in his case.

Twitter never banned Michele Dauber for her calls for extreme violence. It’s never blocked her for her use of foul language or name calling. Twitter won’t release the statistics of fake accounts to Elon Musk. How many of those belong to Michele and Ken Dauber manipulating public perception against Brock Turner in 2016, Owen Labrie in 2019 and attempting to against Johnny Depp in 2022?

Isn’t it time for a probe into Michele Dauber and into Stanford’s extraordinary failures to admonish her for putting lives in harm’s way?

BRIDGING THE DIVIDE: ON HAIDT AND THE EVOLUTIONARY BASIS FOR MORAL INTUITION
1
(IN)SECURITY AND THE POLITICS OF THE OTHER
2
SCAPEGOATING – THE STIGMATIZATION OF SOCIAL REPRESENTATIONS
3
THE BIRTH OF THE SUBJECTIFICATION MACHINE:
KINGSTON PENITENTIARY AT THE TURN OF THE 20TH CENTURY