Love For All My Haters, Deniers, and Naysayers

Is Michele Dauber running Stanford University? Is Ken Dauber running Google? Are they both running the US Department of Education, the Democratic Party and Big Tech?

@la77465262 posted the following tweet: @stanford is #MicheleDauber in charge of your university??

In 2011, the US Department of Education released an unregulated federal directive: “Dear Colleague” – Title IX. Michele Dauber helped draft it. Her best friend from law school, Russlynn Ali, signed it.

Michele Dauber became co-chair of Stanford’s board of Judicial Affairs in 2011.

From that moment on, the assumption of innocence for accused campus students disappeared.

Due process for complainants or for the accused, gone. Suicides suddenly started to increase as well as the number of students dropping out of school.

On Sexual Harassment and Title IX
Back in April, the U.S. Department of Education’s Office of Civil Rights (OCR) issued a letter ordering colleges and universities to get more aggressive about investigating and prosecuting alleged incidents of sexual assault and harassment.
Read More
www.realclearpolitics.com
20110513-interstudent-violence-bullying.pdf
Read More
www2.ed.gov

Michele Dauber biography: 13 things about Palo Alto, California woman
Michele Landis Dauber is a law professor and a sociologist from California, United States. Here are 13 more things about her: . In 1993, she graduated from the University of Illinois at Chicago in …
Read More
conandaily.com

Dauber seeks conflict-of-interest ruling from FPPC
Seeking to put to rest years of questions about his relationship with the U.S. Department of Education’s Office for Civil Rights (OCR) and the agency’s involvement in the Palo Alto school district, school board member Ken Dauber wrote last week to the California Fair Political Practices Commission (…
Read More
paloaltoonline.com

OCR emails prove Dauber triggered investigation, undermining transparency
[dropcap]I[/dropcap]f a parent catches his or her child performing illicit acts, the typical reaction would never be to dial 911. Instead, the issue would be resolved within the family. The same can be said for concerns expressed by those affiliated with Palo Alto Unified School District (PAUSD) wit…
Read More
thecampanile.org

Ken Dauber was an early Google Employee. He had also worked at Netflix which released the film “Audrie & Daisy” – tied to Stanford via Regina K Scully and Artemis Rising Foundation. Regina K Scully’s husband has been on the board of trustees of Stanford.

Sep 25, 2019 · In a wash, rinse , repeat case management once seen in 2012, with the suicide of Audrie Pott, Jeff Rosen used the Brock Turner case and a corrupt alliance with Stanford Professor…

#MeToo – The Death of Daisy Coleman. – William of Occam
What if the #MeToo Movement and before that the Campus Survivor Movement was a cover up for sex trafficking, drug trafficking and money laundering?

Michele Dauber, in an interview on Democracy Now with Amy Goodman, stated that she had seen the “Emily Doe” impact statement that caused national outrage and sparked vigilante hate towards Stanford Student Brock Turner, before it was made public in early June 2016 at the beginning of the final presidential election season running up to November.

Disgraced California attorney Tom Girardi received a special thanks. Jennifer Siebel Newsom allegedly called Rose McGowan on behalf of David Boies to find out how much money it would take to get her to back off her allegations against Harvey Weinstein. Harvey Weinstein and Kenneth Cole were both involved in the AmFar scandal. Roberta Kaplan who was a founder of Times Up Legal Defense Fund and NWLC had been Harvey Weinstein’s attorney…)

Tom Girardi Downfall Casts California Bar in Unflattering Light
A racketeering lawsuit filed against Girardi & Keese by one of its local counsel has once again focused attention on the California Bar’s failure to rein in lawyers like disgraced plaintiffs’ attorney Tom Girardi.
Read More
news.bloomberglaw.com

How Harvey Weinstein And Kenneth Cole Covered Up A Shady Deal
A case study in how Weinstein wielded power to get what he wants.
Read More
www.huffpost.com

Chris Cuomo Grilled on Detailed Sexual Assault Allegation That Led to CNN Firing: ‘None of This Happened’
Chris Cuomo vehemently denied a report he sexually assaulted a female co-worker years ago at ABC News, which reportedly contributed to his ouster from CNN.
Read More
www.msn.com 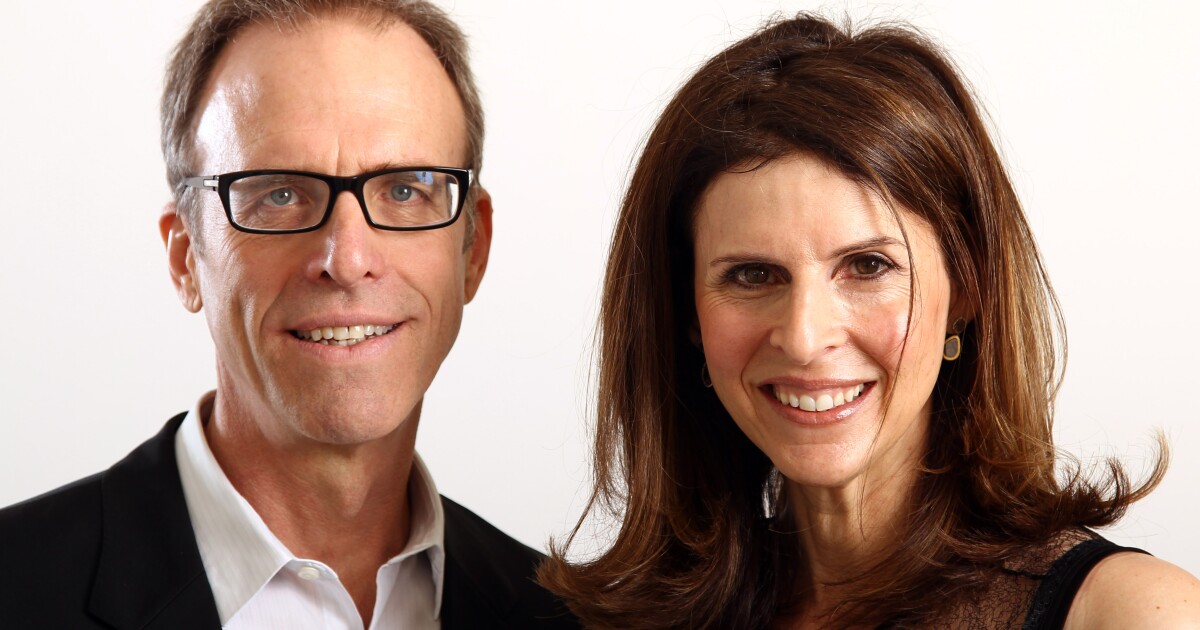 The continuing collapse of ‘The Hunting Ground,’ a campus sexual assault propaganda film
The Hunting Ground bills itself as a documentary about the campus sexual assault crisis in America. But as more of the film’s premises are debunked, it looks less like a documentary and more like a film in search of a problem.
Read More
www.washingtonexaminer.com

Time’s Up CEO Tina Tchen Resigns Amid Andrew Cuomo Controversies
Tina Tchen, the former chief of staff for Michelle Obama who became president and CEO of Time’s Up Now and the Time’s Up Foundation, has stepped down from the women’s advocacy group. Tchen&#8…
Read More
variety.com

In 2014, the White House under Obama, introduced the “Its On Us” non-profit.

Ken Dauber speaks about it here:

“It’s On Us” has PR representation by SKDK.

Anita Dunn of SKDK was Director of Communications for Obama’s White House and a strategist in his campaign. She is also tied to Google and Hillary Clinton for whom Michele Dauber was a fundraiser. Anita Dunn also advised Harvey Weinstein.

Dauber denied it but given her husband’s and her standing with Stanford, Palo Alto City Council, and the Silicon Valley Democratic Committee, that’s questionable.

SKDK also represented Times Up LDF/NWLC and helped discredit Andrew Cuomo’s accusers. Tina Tchen and Roberta Kaplan stepped down from Times Up and NWLC. SKDK split company with Times Up/NWLC after admissions of conflicts of interest. Times Up let go of its 70 member board on a Saturday night…

Anita Dunn
Anita Dunn is a managing director of SKDKnickerbocker, senior advisor to the Biden Administration, and former senior advisor and White House Communications Director for the Obama Administration. She has worked with multiple clients including pro-abortion groups such…
Read More
www.influencewatch.org

Time’s Up for SKDK
The National Women’s Law Center, which houses and administers the Time’s Up Legal Defense Fund, has dropped SKDKnickerbocker.
Read More
www.odwyerpr.com

John Hennessy of Google, was President of Stanford until 2016. He is now Chair of Alphabet Inc which owns Google. 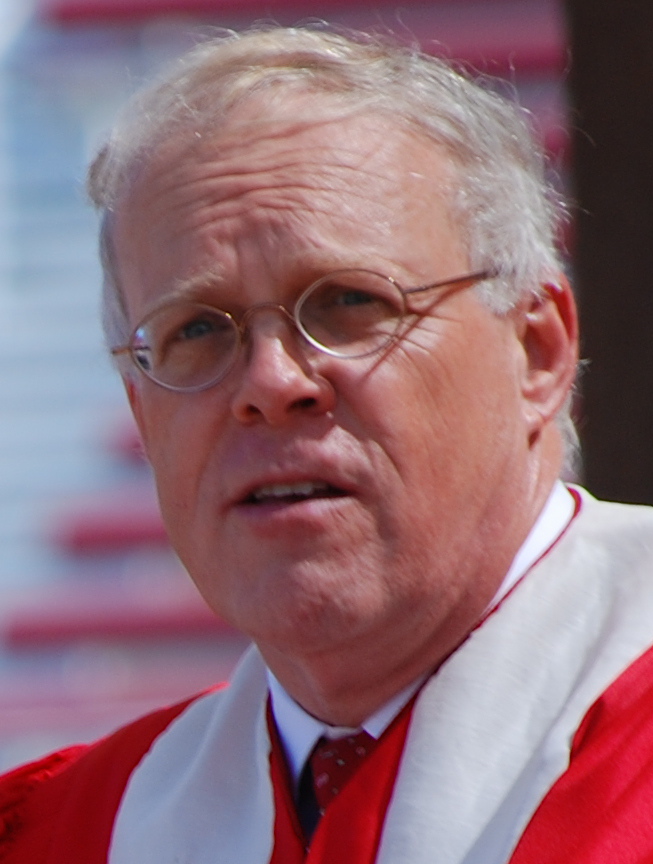 Hennessy (John L.), President of Stanford University, Papers
President’s records are restricted 20 years from end of tenure. Materials are otherwise open for research use; materials must be requested at least 48 hours in advance of intended use. Audio-visual materials are not available in original format, and must be reformatted to a digital use copy.
Read More
oac.cdlib.org

Michele Dauber has tagged Christopher Bouzy at @botsentinel but in fact as @mensurvivetoo has masterfully demonstrated, Bouzy has a rather disturbing history himself with regards to Bitcoin and treatment of his own daughter.

A nanny who worked for the Daubers alleged that she was a witness to Michele Dauber’s drunkenness and maltreatment of her kids. Michele Dauber’s eldest daughter, Amanda Dauber, committed suicide in 2008.

The bio here mentions Dauber’s daughter killing herself – it seems likely this is the source of Dauber’s fanaticism – she accused her brother, Michael Landis, of raping Amanda when Amanda was 5 – I do not know it to be true, Dauber is too dishonest to be relied upon – but Dauber does admit she got involved with #MeToo not long afterwards- so, it appears she blames the suicide on the alleged rape and now her activism is a way to get revenge for her daughter’s death.

Palo Alto couple presses for ‘sense of urgency’ in relieving academic stress — (Palo Alto Weekly) – SSRI Stories
Parents know that school stress was not what killed their talented daughter (on antidepressants), but they “know” it is causing other student suicides.
Read More
ssristories.org

Michele Dauber biography: 13 things about Palo Alto, California woman
Michele Landis Dauber is a law professor and a sociologist from California, United States. Here are 13 more things about her: . In 1993, she graduated from the University of Illinois at Chicago in …
Read More
conandaily.com

No matter what Michele Dauber and Ken Dauber do, they are immune.

Stanford law professor Michele Dauber calls for extreme violence against Brock Turner, 21, ex-Stanford student, because he’s appealing college sexual assault conviction
A tip of the hat to Justice for Men for this. The start of the piece: As reported in the Stanford Daily Post, Michele Dauber, a Stanford Law Professor is advocating violence on Twitter against 21-y…
Read More
j4mb.org.uk

Given Dauber’s prior employment at OCR and an event he organized on May 17, 2013 [portion removed] Web Link some in the community began to wonder whether Dauber himself was behind the complaints, and if so, to what extent. When the school board race geared up for 2014, the Palo Alto Weekly sought to clarify the issue in a video interview with Dauber in October.

Was Ken Dauber honest with us?
…
Read More
paloaltoonline.com

Controversial Head of Dept. of Ed’s Office for Civil Rights Steps Down – FIRE
WASHINGTON, November 30, 2012—Russlynn Ali, assistant secretary for civil rights at the U.S. Department of Education, reportedly announced yesterday in a conference call that she would be stepping down from the post as of today. Under her tenure, the Department’s Office for Civil Rights (OCR) has fa…
Read More
www.thefire.org

In law school, Dauber stood out for her “shredding intellect,” said her friend Russlynn Ali. “She was sophisticated. She was unique. She had children. A life that would cripple most people, she had overcome with grace.” Ali added: “You can’t not respect her, whether you agree with her or not. And you better come prepared if you’re going to disagree with her.” While at Northwestern, Michele met Ken Dauber, a divorced father of one, whom she married in 1997.

After the 2020 election, Anita Dunn and SKDK were named in a lawsuit which alleged they had been involved in suppressing criticism of Alex Padilla, Kamala Harris and Gavin Newsom.

How much did the Daubers have to do with this?

Despite Conflict, Pro-Biden Firm Got $35M Election Contract
High-powered political consulting firm SKDK improperly received a $35 million contract to encourage people to vote in California in 2020 while one of the founders of the firm was advising Joe Biden&rs
Read More
www.realclearpolicy.com

Catherine Lhamon worked for Gavin Newsom between the Obama and the Biden administration. Kamala Harris was the deciding vote for her confirmation to the Department of Education’s Office of Civil Rights this go round.

The Return of Catherine Lhamon Is Another Biden Betrayal | National Review
This Obama-administration retread will again threaten campus due process.
Read More
www.nationalreview.com

KC Johnson who penned the above article, has sued the Department of Education which has blocked access to correspondence between Catherine Lhamon and Michele Dauber.

What are they all hiding?

What Lhamon Has To Hide From KC Johnson
It was a carefully crafted FOIA request, limited in scope and entirely within the requirements of law. Professor Johnson submitted a straightforward FOIA request on October 27 for the emails of the…
Read More
blog.simplejustice.us

The SEC has recently requested whistleblower tips from the public regarding social media manipulation. How many tips does it take when it comes to the Daubers?

Moles, Trolls, and stories with Holes – A Letter to Moloch Pt I

BRIDGING THE DIVIDE: ON HAIDT AND THE EVOLUTIONARY BASIS FOR MORAL INTUITION

BRIDGING THE DIVIDE: ON HAIDT AND THE EVOLUTIONARY BASIS FOR MORAL INTUITION
1
(IN)SECURITY AND THE POLITICS OF THE OTHER
2
SCAPEGOATING – THE STIGMATIZATION OF SOCIAL REPRESENTATIONS
3
THE BIRTH OF THE SUBJECTIFICATION MACHINE:
KINGSTON PENITENTIARY AT THE TURN OF THE 20TH CENTURY